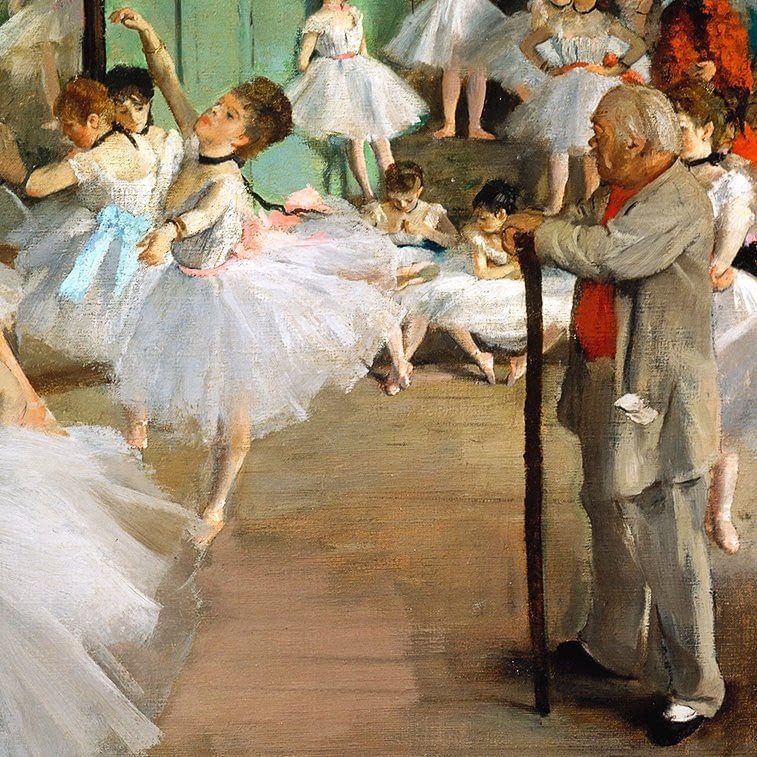 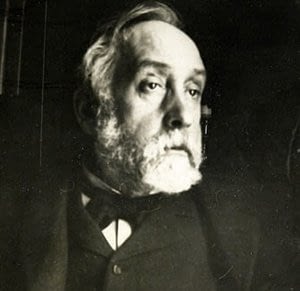 Edgar Degas was born Hilaire-Germain-Edgar de Gas on July 19, 1834, in Paris, France. His father was a middle-class banker, and his American mother, an amateur opera singer.

Degas attended the Lycée Louis-le- Grand, a prestigious and rigorous boys secondary school, where he received a classical education.

Encouraged by his father, a keen art lover, Degas displayed exceptional skills in drawing and painting. By the age of 18, he was granted permission to study the works of masters such as Raphael at the Louvre in Paris, and also the work of more contemporary painters such as Ingres and Delacroix.

At the age of 20, Degas gained admission into the École des Beaux-Arts in Paris. Degas soon left the school and travelled to Italy where he studied the great works of Italian Renaissance painters like Michelangelo and Leonardo da Vinci.

Degas returned to Paris In 1859 and soon established a name for himself as a portrait painter depicting grand historical scenes.

During the late 1860s and gathering frequently at the Café Guerbois, Degas, Manet, Pierre-Auguste Renoir, Claude Monet, and Alfred Sisley formed a group of avant-garde artists. In 1870, the Franco-Prussian War broke out. Degas volunteered for the French National Guard. At the end of the war in 1871, the infamous Paris Commune seized control of the capital for two terrifying months before Adolphe Thiers restored the Third Republic in a bloody civil war. For the most part, Degas largely avoided the turmoil of the Paris Commune by taking a prolonged trip to visit relatives in New Orleans.

By late 1873 Degas had returned to Paris and along with Monet, Sisley and several other painters, formed the Société Anonyme des Artistes (Society of Independent Artists), a group committed to putting on exhibitions free of the Salon’s control. The group of painters would come to be known as the Impressionists (though Degas preferred the term “realist” to describe his work), and on April 15, 1874, they held the first Impressionist exhibition. The paintings Degas exhibited were modern portraits of modern women — milliners, laundresses and ballet dancers — painted from radical perspectives.

Throughout the next 12 years, the group staged eight such Impressionist exhibitions, and Degas exhibited at all of them. His most famous paintings during these years were “The Dancing Class” (1871), “The Dance Class” (1874), “Woman Ironing” (1873) and “Dancers Practicing at the Bar” (1877). In 1880, he also sculpted “The Little Fourteen-Year-Old Dancer,” a sculpture so hauntingly evocative that while some critics called it brilliant, others condemned him as cruel for having made it. While Degas’s paintings are not openly political, they do reflect France’s changing social and economic environment. His paintings portray the prosperity of the bourgeoisie, the emergence of a service economy and the widespread access of women into the workplace.

In 1886, at the eighth and final Impressionist exhibition in Paris, Degas exhibited 10 paintings of nude women in various stages of bathing. These nude paintings were the talk of the exhibition and also the source of controversy; some called the women “ugly” while others praised the honesty of his depictions. Degas went on to paint hundreds of studies of nude women. He also continued to paint dancers, contrasting the awkward humility of the dancer backstage with her majestic grace during a performance.

Degas lived well into the 20th century, and though he painted less during these years, he promoted his work tirelessly and became an avid art collector. He never married, though he did count several women, including American painter Mary Cassatt, among his intimate friends. Degas died in Paris on September 27, 1917, at the age of 83.

While Degas has always been accepted as one of the greatest Impressionist painters, his legacy has been mixed in the decades since his death. His intense anti-Semitism served to alienate Degas from some modern critics. However, the sheer beauty of his early works and the contemporary self-conscious elusiveness of his later portraits ensure Degas a lasting legacy. One thing remains unquestionable about the work of  Degas, they were among the most carefully well-executed and elegant paintings in history.

“Do it again, ten times, a hundred times. Nothing in art must seem to be an accident, not even movement.” – Edgar Degas